The Pennsylvania Lions All-State Band Committee is responsible for all actions of the Pennsylvania All-State Lions Band.  These dedicated individuals and music educators work together to help the band run smoothly and ensure the best possible experience for participants.

Vincent LoRusso ​serves as the Chairman of the Pennsylvania All-State Lions Band Committee.  Mr LoRusso is the Director of Bands at the Blue Ridge School District in New Milford, PA.  He is a graduate of The Catholic University of America in Washington D.C. where he earned a Bachelor of Music in Education.  He received his M.A. in Music Education with a focus in Instrumental Conducting from Marywood University and is currently a PhD candidate at Auburn University.  He is an active music educator, conductor, performer, and adjudicator.

Prior to his accepting his position at Blue Ridge, Mr. LoRusso taught instrumental music for six years for the Montgomery County (MD) Public School system where his ensembles routinely earned Excellent and Superior ratings at he Maryland Music Educators Association Festivals. From 2016 to 2018 Mr. LoRusso directed the Concert Band at East Stroudsburg University.  Mr. LoRusso is a member of the American School Band Directors Association and he was awarded the Citation of Excellence from the National Band Association in December 2014 and December 2016. 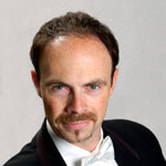 Russell McCutcheon is the Conducto﻿r and Musical Director of the Lions All-State Band, a position he accepted in the spring of 2013 after working with the band since 2009.  He is a member ﻿of the Gettysburg Lions Club.

Dr. McCutcheon serves as Director of Bands in the Sunderman Conservatory of Music at Gettysburg College in Gettysburg, Pennsylvania. At Gettysburg, he conducts the Wind Symphony, Sunderman Conservatory Symphony Band, and the Sunderman Chamber Winds. He also directs the Bullets Marching Band. In addition, he teaches conducting, music education courses, and supervises student teachers in the field.  Dr. McCutcheon received his Ph.D. in Music Education with a concentration in Wind Conducting from the University of Florida and is the founding conductor of the Atlantic Chamber Winds.  Learn more... 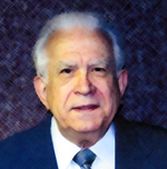 Robert R. Rossi, a graduate of Vandergrift High School (now Kiski Area High School), attained a Bachelor of Science degree in Music Education from Indiana University of Pennsylvania.  He completed a Master of Music degree and a Doctor of Musical Arts equivalency from West Virginia University with an emphasis in conducting, composition and theory.  Mr. Rossi  taught in the public schools of Western Pennsylvania for over 42 years, 37 of which were in the Charleroi Area School District.  Throughout his career, he has taught many fine students that have gone on to become teachers and performers themselves, most notably Jay A. Chattaway, who has composed scores for film and television as well as artists such as Maynard Ferguson

Mr. Rossi has been a member of the Pennsylvania Lions All-State Band Committee since 1987 and has served as chairman of the committee for several years.  He currently directs the Jazz Ensemble and is an associate conductor of the concert band.   Mr. Rossi is a member of the Pennsylvania Music Education Association, the National Association for Music Education, the National Band Association, the American School Band Directors Association and Phi Beta Mu, National Honorary Bandmasters Fraternity.   He still teaches privately and plays professionally; he also directs a church choir.  He has been a Lion since 1985 and is a member of the Charleroi Lions Club.  Bob and his wife Tina have one son, Joel, who recently retired from the United States Air Force Band after 28 years of service to our country. 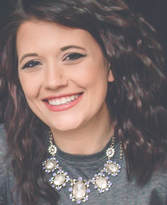 Allison Kline is a music educator living in Schuylkill County, PA. She serves as the Director of Bands and Director of Choral Music at Mahanoy Area High School in Mahanoy City, PA. She is a graduate of Lebanon Valley College where she earned a B.S. in Music Education and a B.A. in Percussion Performance. She also has received her M.A. in Classroom Technology from Wilkes University.

In addition to teaching, Allison performs in many musical ensembles throughout Pennsylvania. She regularly serves as a percussionist and featured vocal soloist with the Anthracite Philharmonic Orchestra and serves as the Assistant Accompanist and a regular soloist for the Schuylkill Choral Society. With the Choral Society, Allison has sung and accompanied the group throughout the state of Pennsylvania, as well as in the Notre Dame Cathedral in Paris, France; St. Peter’s Basilica in Rome, Italy and other venues throughout Italy and France. Allison is the Assistant Director and Accompanist for the Minor Notes Chorale, of Schuylkill County, and has conducted and accompanied the group in performances for the Philadelphia Phillies, 76ers and Flyers as well is in performances at The Empire State Building and Radio City Music Hall. Allison is a member of the Tamaqua Lions Club and was a member of the Pennsylvania Lions All-State Band from 2001-2006. ​ 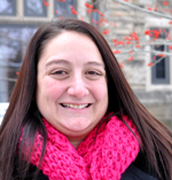 Cyndi Mancini is a music educator living in Pittsburgh, PA.  She teaches in the music department at David E. Williams Middle School in the Montour School District, Coraopolis, PA. She also is the assistant marching band director at Brentwood High School in Brentwood, PA.  Prior to being hired at Quaker Valley, Cyndi worked at Pressley Ridge School for Autism and Montour School District where she was the high school band director.
﻿
In addition to her teaching position, Cyndi is a professional trumpet player and plays throughout the city of Pittsburgh for many different events.  She founded the North Pittsburgh Brass Quintet, is a member of the North Suburban Symphonic Band and has a private studio.